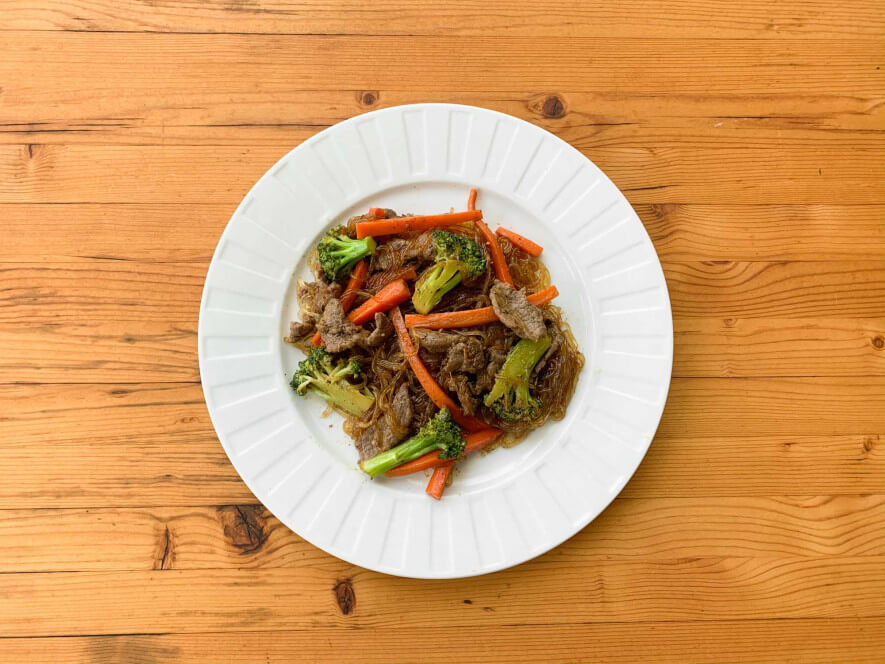 Dinnerly is a meal kit delivery subscription service owned by Marley Spoon. Dinnerly uses the same produce and Land & Sky meats, so they’re good quality. But Dinnerly is a budget-version of Marley Spoon, which translates to small portions and virtually no packaging. Certain ingredients aren’t included in the kit, and if you’re on a no-carb or carb-light diet, you’ll find too much potatoes and pasta on Dinnerly’s menu. 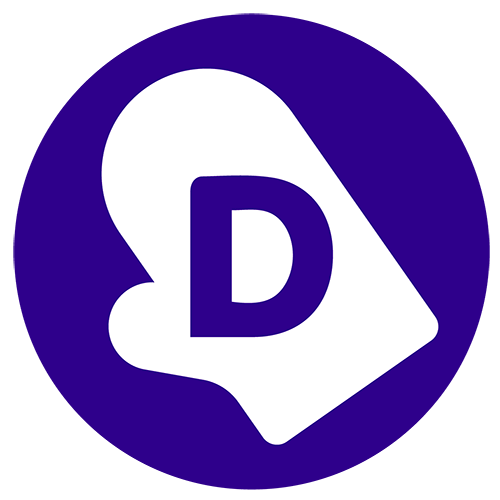 Dinnerly is a meal kit delivery subscription service owned by Marley Spoon. Dinnerly uses the same produce and Land & Sky meats, so they’re good quality. But Dinnerly is a budget-version of Marley Spoon, which translates to small portions and virtually no packaging. Certain ingredients aren’t included in the kit, and if you’re on a no-carb or carb-light diet, you’ll find too much potatoes and pasta on Dinnerly’s menu.

Germany-based Marley Spoon had some trouble marketing its meal-kit delivery subscription, until its Founder and CEO Fabian Siegel teamed up with Martha Stewart to create high-end recipes for the home cook in a subscription service, Martha & Marley Spoon, which we’ve also tested and reviewed.

With its success, Marley Spoon launched Dinnerly in 2017, marketing it as “the cheapest meal kit in America,” offering a weekly subscription of $4.99 per portion (not including the $8.99 shipping fee). To keep prices low, Dinnerly eliminates a couple of important elements that other meal-kit delivery subscriptions have, which we think makes Dinnerly a less-attractive option. 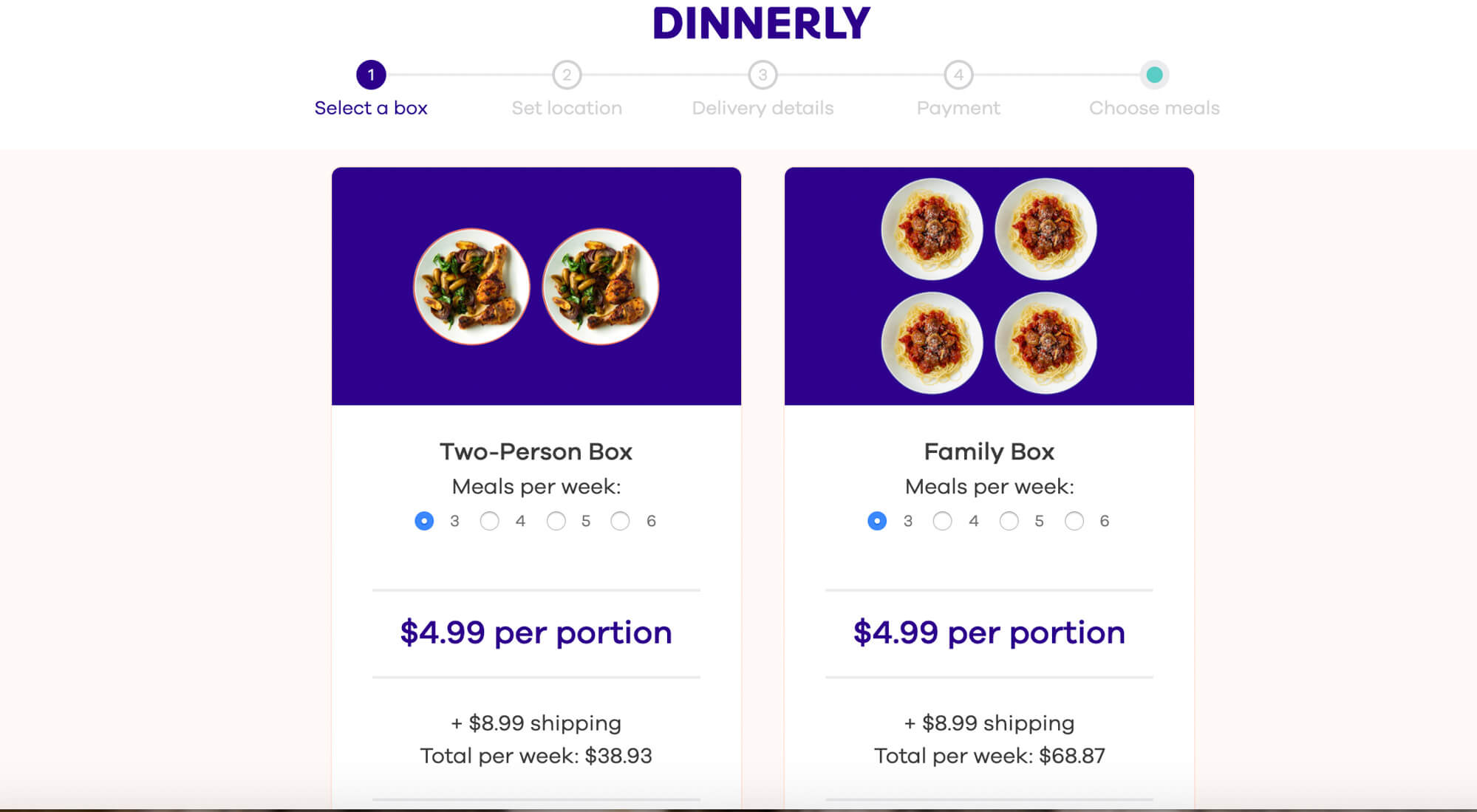 Dinnerly has an attractive website with a focus on family-friendly meals. Before purchasing the plan, you’re able to view current and upcoming recipes, which revolve on a monthly basis. The pastel-hued photos show huge portions with tags describing what type of meal it is; for example, “under 30 minutes” or “one-pot meal.”

All recipes are tagged as “kid-friendly,” and so there’s a lot of pasta and sugared meat glazes (like Caramel Chicken Stir Fry). A couple of odd recipe options are cinnamon-sugar twists and coconut key lime smoothies. It’s unclear whether these count as a meal choice or are considered an add-on for an extra cost.

Setting up an account is easy — similar to the other meal kit subscriptions, you can’t explore any options until you’ve paid with a credit card — but you do need to set up your taste profile and preferences, or it will be automatically set at a default that you’ll eat basically anything. 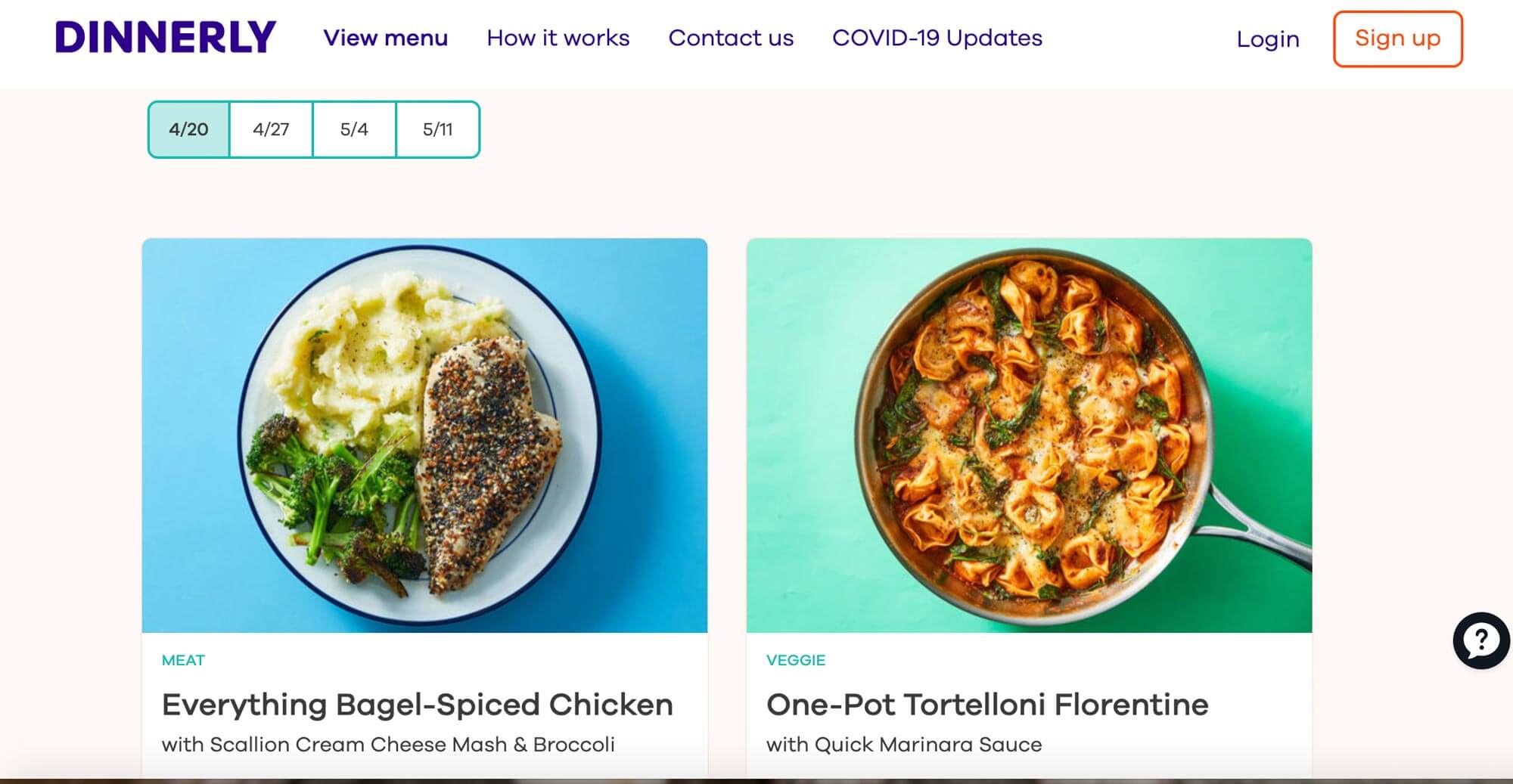 The website also automatically selects your week’s recipes from its 16 recipes that are offered each week. If they’re not appealing, you need to navigate to the recipes page and change the assigned recipe portion to zero before you can select a different recipe.

A delivery date is then assigned to you, which you can change, and normally, it’s four or five days when you’ll receive your first delivery. However, due to issues with COVID-19, the first delivery is a little delayed and can take up to 10 days. Thereafter, a box is delivered on the day of the week you’ve selected.

The subscription can be paused or canceled at any time, but you need to do it within one day of your most recent delivery, or the box for the week(s) you want to skip will be delivered anyway. (We had the same problem with Martha & Marley Spoon.)

What’s in the box? 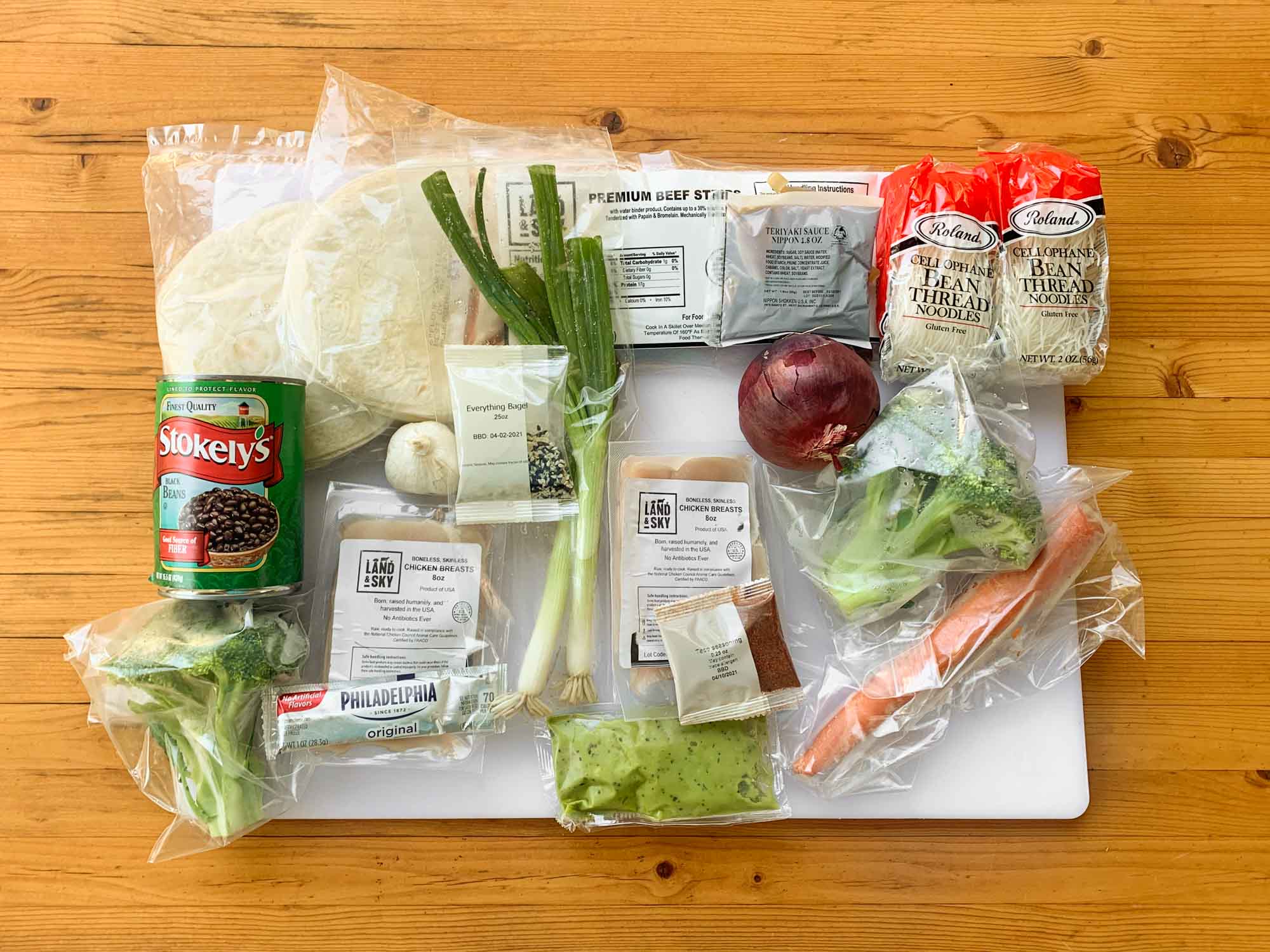 The box is insulated with a thick, recyclable paper, and the meats are sandwiched between two frozen gel packs. Other meal-kit subscriptions, like competitor Hello Fresh, package the ingredients for each recipe into individual, labeled paper bags that can be stored in the refrigerator with everything you’ll need packaged together. Not so with Dinnerly. The press materials state that they’re able to reduce costs by eliminating excess packaging.

We’re not quite sure how much the company is saving by not grouping together ingredients into separate paper bags, but it was pretty inconvenient to sort through the haphazardly packed box to find what we needed for each recipe. Another cost savings is Dinnerly doesn’t include recipe cards, so you’ll need to access your recipes on their website, which is what we did to organize the ingredients. The photo below shows our attempt.

Dinnerly does package some of the produce in the same plastic bags as Martha & Marley Spoon, and the vacuum-sealed meats come from the same distributor, Land & Sky. The chicken and beef we ordered were very good quality, but what was immediately noticeable were the smaller portions: two 8-ounce packages of chicken breasts and one 8-ounce package of beef strips. This translates to a quarter pound per person, 2 ounces less than the other meal-kit subscriptions we tested.

Produce had a few minor bruises and brown spots, but again, portions for vegetables were too small. But there were plenty of potatoes, noodles and tortillas; not really our idea of a well-balanced meal.

This recipe, which also included mashed Yukon potatoes with cream cheese and scallions and sauteed broccoli, was the most successful. Like other meal-kit subscriptions, there are six steps in the instructions, although, in reality, each step has several steps. However, the instructions were clear and easy to follow. Adding chopped scallions and cream cheese (about 2 tablespoons) to the mashed potatoes really boosted flavor. The Everything Bagel seasoning (1 tablespoon) included poppy seeds, sesame seeds, onion powder and garlic powder, and although it didn’t really taste like an everything bagel, it made a savory and slightly crunchy crust on the sauteed chicken.

From the photo, you’ll notice how much broccoli was included: only 4 ounces for two people. Compare that to the 12 ounces of potato in this meal; there was enough for three people. No sauce or ingredients for a sauce was included. However, the sixth step of the recipe card instructs you to make a pan sauce by “throw [ing] in some butter, shallot, lemon and a splash of water into the skillet.” For a beginner cook, you’d have to wing it. Also, it would have been nice had a shallot and lemon were included in the box. 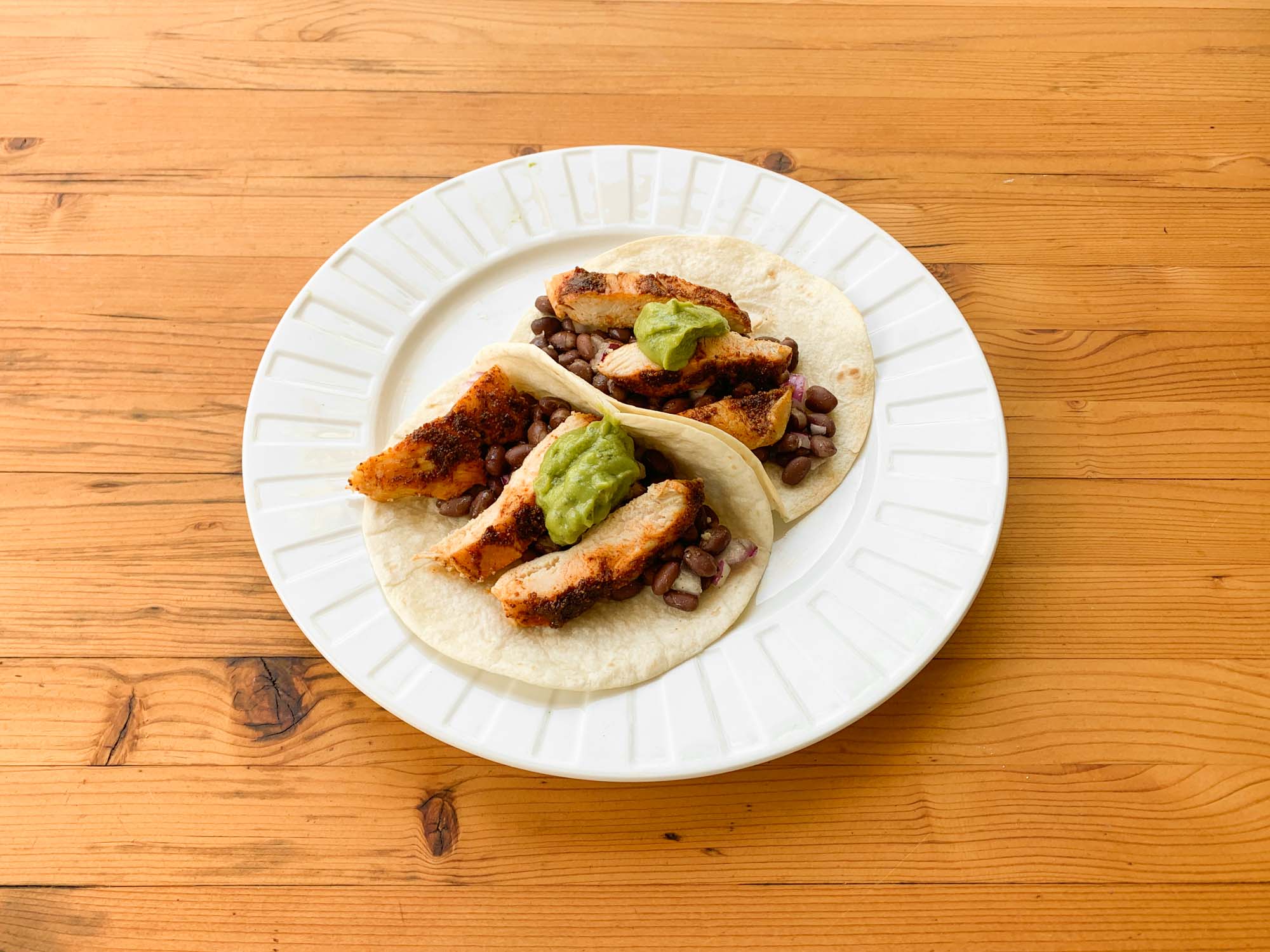 This meal can best be described as bare bones. The “black bean salsa” consisted of nothing but a can of drained black beans, mixed together with chopped red onion, garlic, oil and vinegar. The Mexican seasoning was pungent with cumin and chili powder, and when mixed with olive oil, it made a heavy paste for the chicken, which was sautéed.

In this recipe and the Everything Bagel-Spiced Chicken, the recipe instructed to pound the chicken to a half-inch thickness; amusing, since the chicken breast was already the thinnest we’d ever seen. Twelve tortillas were included (six tortillas is considered a single portion), but when the small portion of chicken was sliced, we got four tacos out of it. A 2-ounce packet of guacamole was supposed to be “dolloped” onto each taco; but it was more like a teaspoon to stretch it out.

The most annoying thing about this recipe was the sixth step of stuffing the tacos with chopped tomato, shredded cheese and lettuce. None of these were included, and if you don’t happen to have them in your refrigerator, you’re out of luck in trying to round out this carb-heavy meal. 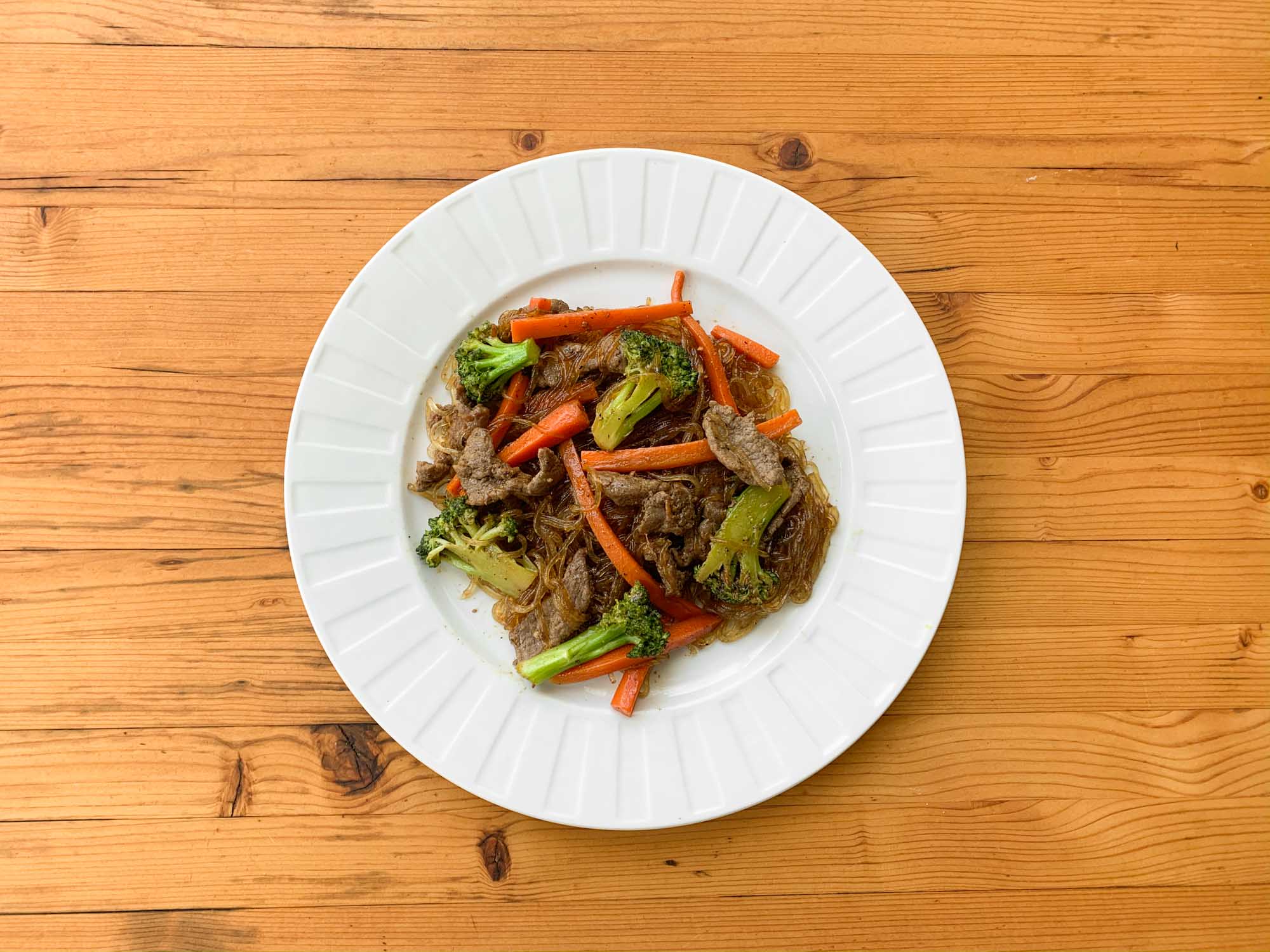 The photo for this recipe shows a plate brimming with steak, broccoli and carrots posed atop a nest of cellophane noodles. Ingredients include two packages of cellophane noodles, which, when cooked, could easily feed four hungry people. But the tiny amount of steak strips would leave two people hungry.

The large carrot that’s provided was sufficient, but the meager 4 ounces of broccoli was not enough for a well-balanced dinner. (In our photograph, you’ll see most of the broccoli on one plate, so it wasn’t an unappetizing brown.) As with all of the Dinnerly recipes, you’ll need to add more vegetables, especially if you’re trying to feed your family.

Dinnerly originally advertised their meals in press releases and online marketing as $4.99 per portion, but now they’re advertising a per portion cost of $4.49. This is misleading. If you don’t factor in the $8.99 shipping, the only meal plan that works out to $4.49 per portion is the four-person or “family box” for five meals per week ($98.79 total). The six-meal family box is even cheaper at $4.29 per portion ($111.95). The two-person boxes start at $4.99 per portion and then decrease by $.10 for each additional meal added.

A Dinnerly subscription is about 50% less expensive than either Martha & Marley Spoon and Hello Fresh. (See the chart below for the breakdown of each meal plan.) But you will need to spend more money for additional groceries to compensate for the ingredients that are not included or too carb-heavy in many Dinnerly recipes.

Dinnerly is a great idea — providing couples and small families with affordable meals — but you would probably get more value by buying the groceries yourself. It’s true that you wouldn’t have to worry about planning a menu for the week’s meals, and of course, you can mostly avoid going to the grocery store for what you’ll need.

Each of the recipes we tested was missing an ingredient that would have made the meals better and more nutritious. The weekly emails that Dinnerly sends about the recipes you’ve selected inform you what ingredients you’ll need to buy. But in our mind, this defeats the purpose of a meal-kit delivery subscription, meaning, you should have everything included in the box.

And how much time are you really saving when you have to sort through the ingredients and organize them yourself? All of Dinnerly’s more-expensive competitors do it for you. In the end, Dinnerly is not as convenient as it’s marketed to be. 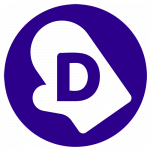 This subscription service for budget-conscious couples and families cuts costs with smaller portions of proteins and larger portions of carbs. Some bare-bones recipes don't have all the ingredients so you'll have to go grocery shopping anyway.