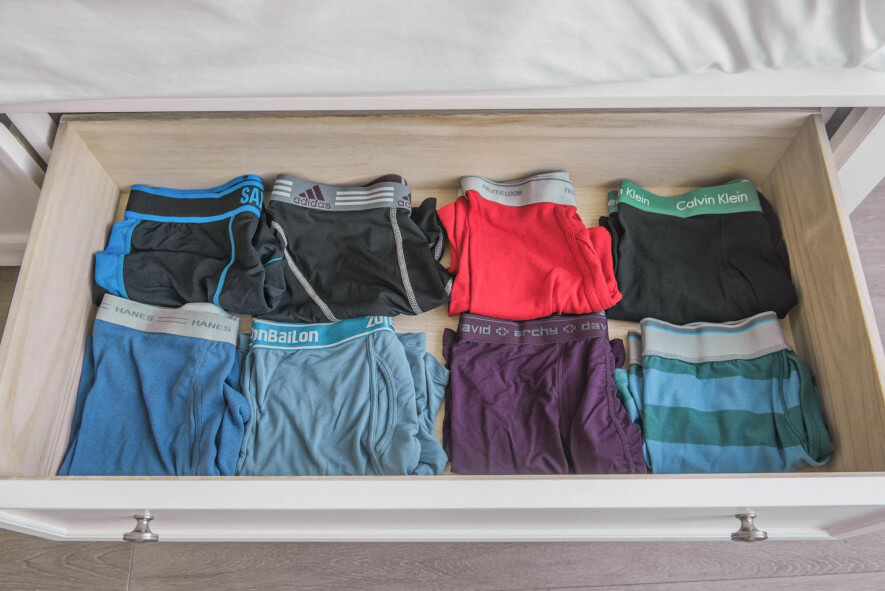 The best men’s boxer briefs combine the support of a brief with the leg coverage of a boxer. We tested name brands and lesser-known brands for comfort and durability and have chosen David Archy as the most comfortable men’s boxer briefs. Made from moisture-wicking modal and designed with a unique double-pouch system, the David Archy briefs provide support while also feeling like you’re wearing nothing. Our premium pick is Mack Weldon – 18-Hour Jersey boxer briefs, which are cut from a single piece of fabric so there are no seams to irritate sensitive places. 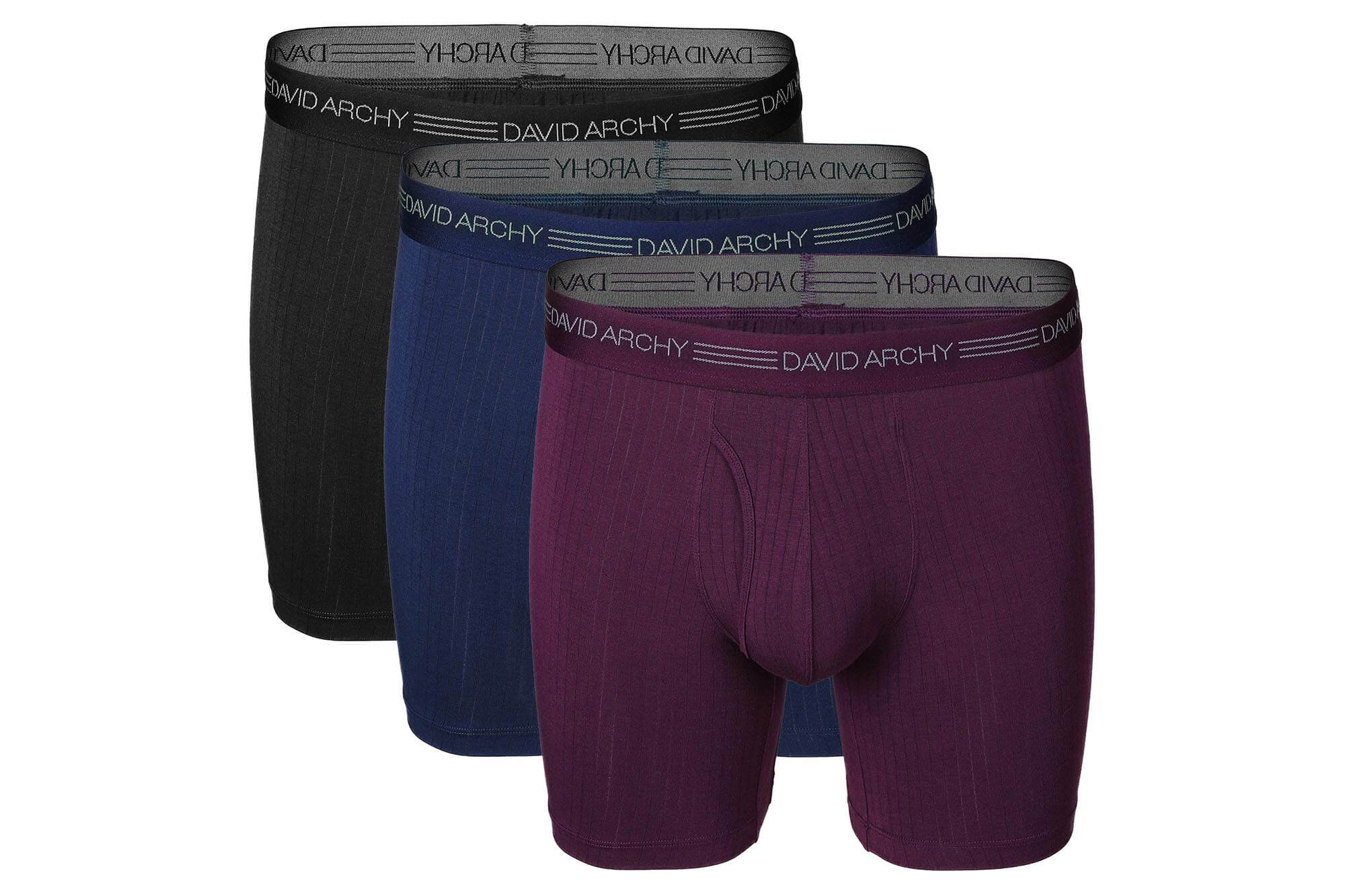 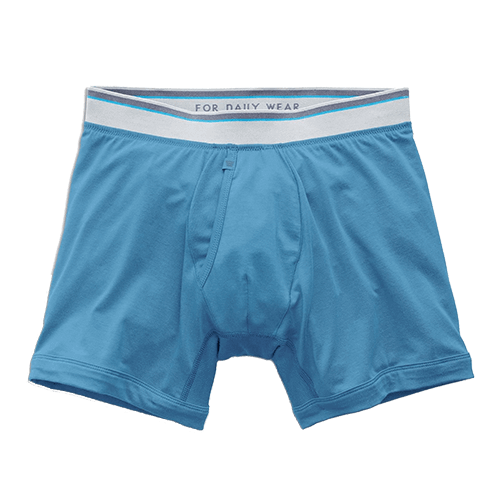 The best men’s boxer briefs combine the support of a brief with the leg coverage of a boxer. We tested name brands and lesser-known brands for comfort and durability and have chosen David Archy as the most comfortable men’s boxer briefs. Made from moisture-wicking modal and designed with a unique double-pouch system, the David Archy briefs provide support while also feeling like you’re wearing nothing. Our premium pick is Mack Weldon – 18-Hour Jersey boxer briefs, which are cut from a single piece of fabric so there are no seams to irritate sensitive places.

Many of the best boxer briefs are made of breathable and moisture-wicking fabric blended with spandex, which gives them elasticity for form-fitting around your legs and bottom and also prevents them from shrinking after multiple washings. 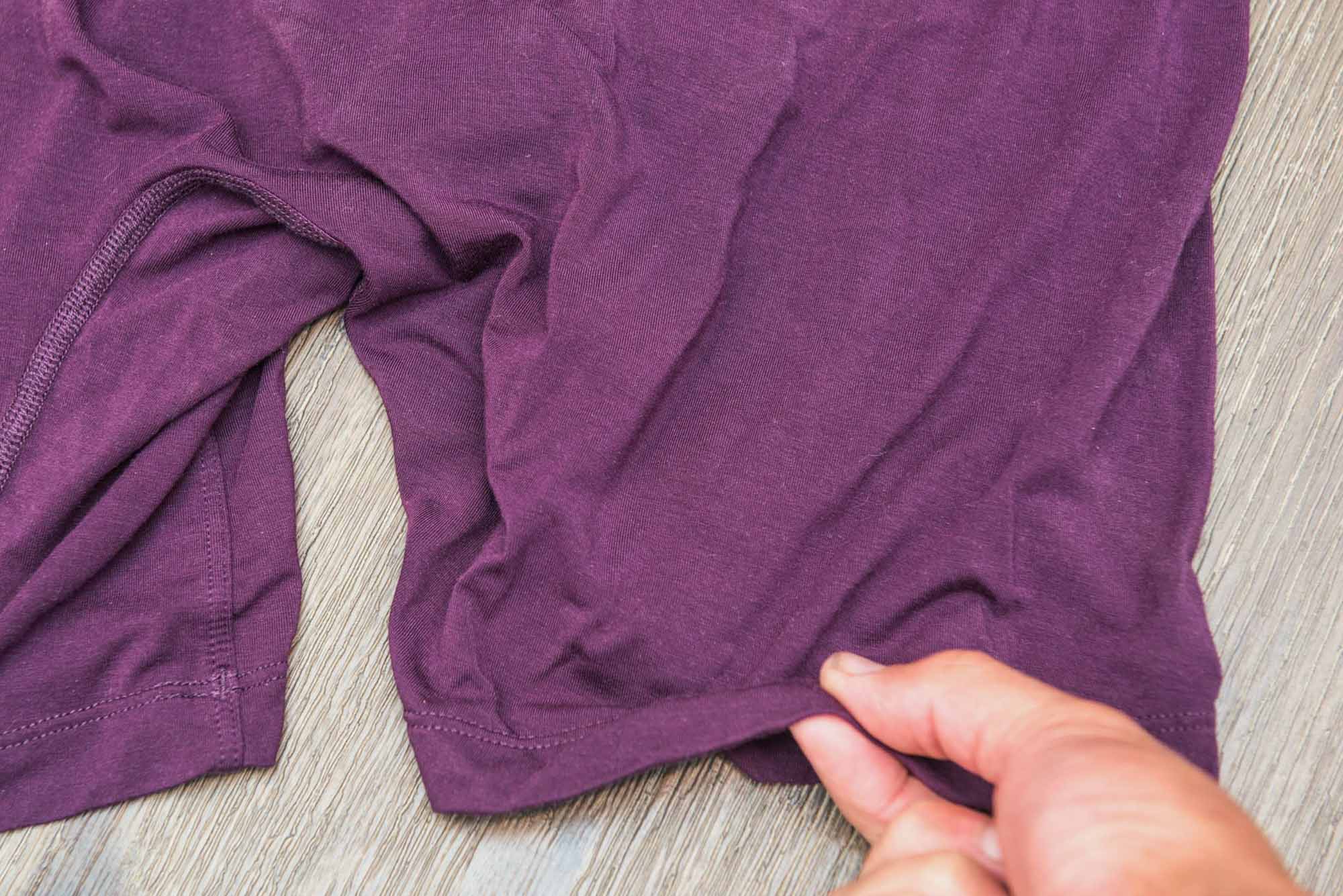 A lot of guys don’t like the feel of the synthetic blends on their bodies, and so 100% cotton briefs are their underwear of choice. Cotton is known for being absorbent and breathable — all true —  but if there’s not a small percentage of a shrink-resistant fabric in the mix, those all-cotton boxer briefs will shrink down to “tighty-whities” before too long and will need to be replaced.

The boxer briefs we selected to test are made with traditional cotton or moisture-wicking and breathable fabrics, such as modal and bamboo. We’ve tested them all for comfort and support and washed them several times to see which will hold their shape and still cling where you want your underwear to cling.

If you’re in the market for new underwear, why not upgrade your dress socks too, and check out our review of the best men’s dress socks.

David Archy boxer briefs are made from micro modal, a fabric derived from beechwood pulp, which is known for being super-soft, breathable, moisture-wicking and resistant to shrinkage. The David Archy briefs have 92% micro modal and 8% spandex, and this combination makes them the most comfortable boxer briefs we tested. These briefs were the only ones that felt as though we were going “commando”: They hug your thighs and bottom like a second skin.

A unique feature to the David Archy briefs is the two-pouch system, which (without getting overly specific) holds your private parts in place in two separate pouches. You feel gently supported and not constrained by a single compartment. These briefs have a 6.5-inch inseam, and even after washing, they don’t ride up your thighs, even when pulling pants on and off.Read more…

The thin 1-inch waistband is made of the same soft material as the briefs, so they won’t irritate your waist. They come in five solid colors — white, black, navy, gray and wine — in packages of three briefs. We think that once you try the David Archy boxer briefs on, you’ll want to replace all of your underwear with them.

The Zonbailon boxer briefs are our second favorite. Made of 95% bamboo viscose and 5% spandex, they’re also smooth, soft and comfortable. Bamboo is moisture-wicking — meaning you’ll stay dry — but it’s also cooling and odor-fighting. The Zonbailon are marketed to “big and tall” men, but they’re actually a bit shorter than the David Archy briefs.

Its pouch is a single cup with an open fly, and although the briefs are seamless, the pouch has a seam that chafes slightly under the privates. If the Zonbailon were made of a different material, such as nylon or polyester, they wouldn’t be as comfortable. They’re accurately sized (we tested medium), and after washing, no shrinkage was discernible.Read more…

The Zonbailon are available in black and shades of gray and blue in packages of four, each individually wrapped in vacuum-sealed pouches. They don’t quite have the free-flowing feel of the David Archy boxer briefs, but they’re still one of the most comfortable we tested.

If you’ve never slipped into a pair of Calvins, we recommend these cotton stretch boxer briefs. They’re not just a fancy name brand: These are some of the best cotton boxer briefs you can buy. They’re made of 95% cotton with 5% spandex to prevent shrinkage and keep them clinging to your thighs and butt.

Against your skin, you’ll definitely sense a difference between cotton and synthetic fabrics. Cotton — unless it’s pima cotton — feels a little scratchy, but the addition of spandex to the Calvin Klein briefs makes them smooth and soft, just how you want your underwear to be.Read more…

The Calvin Kleins have a single pouch with an open fly, so you might need to readjust during a day sitting at a desk. But the pouch isn’t at all constricting and keeps everything lifted. Many Amazon reviewers complain that the briefs’ tags are too big and irritate your skin: It’s true, but cutting them off resolves that issue. The Calvin Kleins come in traditional black and white and vivid colors as well, but Amazon doesn’t always have them available in all sizes.

We weren’t sure what an 18-hour jersey was: Were the Mack Weldon boxer briefs intended for 18 hours of wear? The explanation is on the packaging: A proprietary blend of cotton (47.5%), beechwood modal (47.5%)  and spandex (5%), the fabric rests for 18 hours before it’s cut. We still don’t know why that matters (there’s no reasoning on the company’s website), but what stands out is how well-designed the Max Weldon boxer briefs are.

A unique feature to the Mack Weldons is the large 1-1/2-inch waistband, which doesn’t roll down when you sit. The waistbands of all the other boxer briefs we tested — even our top pick — folded over. The inseam is slightly shorter — 5 inches — so they rest mid-thigh, almost like trunk-style briefs, and a ½-inch hem on each leg keeps them in place.Read more…

The briefs seem to be cut from a single piece of fabric because they are completely seamless, so you feel nothing cutting into those extra-sensitive places. The Mack Weldons have a traditional open fly but no pouch, yet we still felt plenty of support. After washing, we did find that they had shrunk slightly, so you may need to select a size up, unless you prefer a tighter fit.

The Mack Weldon boxer briefs are sold individually from their website, and they have an array of styles and colors to choose from. Comfort and style come at a premium price, however. The Mack Weldons are a bit pricey, but they were one of the best-fitting boxer briefs we tried on.

Fruit of the Loom

You can’t get much more iconic than Fruit of the Loom. They’re justifiably famous for well-made underwear that’s budget-friendly, and this seven-pair pack is no exception. Made of 100% ribbed cotton, the Fruit of the Loom boxer briefs are very comfortable, breathable and surprisingly form-fitting. After multiple washings, they kept their shape and didn’t ride up the thighs or sag in the butt.

The Fruit of the Loom have a generous pouch and open fly, so there’s plenty of room to shift things around should you need to. They have a 7-inch inseam with a ½-inch hem that helps hold them in place on your legs. These aren’t designer boxer briefs by any means; they’re functional yet look and feel the same as more expensive brands.

Made of 85% nylon and 15% spandex, the SAXX – Kinetic Boxer is for guys with an active lifestyle. In fact, even wearing them gives the illusion that you’re a speedster. All Kinetic boxers are predominantly black with a colored racing stripe (we tested electric blue) that runs across the back upper waist and down each thigh. The same color piping outlines the crotch, accentuating what you’ve got underneath. The mesh nylon fabric is breathable, but it also molds itself onto your legs and butt.

Similar to the David Archy briefs, the SAXX Kinetic boxer has a patented crotch pouch, called the Ballpark Pouch, designed (as SAXX’s website claims) for friction-free support. It’s a separate pouch inside the crotch, and we did feel lifted from beneath. However, the pouch also has piping, which cut into sensitive areas. We would also have preferred a fly opening; since there isn’t one, it makes the process of relieving oneself awkward.

Although you could wear the Adidas – Sport Performance boxer briefs as everyday underwear, they’re really intended for playing sports or working out. Adidas calls its polyester-spandex blend “Climalite,” since the fabric is highly moisture wicking, so sweat evaporates and dries very quickly. We tested this by dousing the briefs with water, and true to Adidas’ claim, they were completely dry in minutes.

If we thought the SAXX boxers were suggestive, then the Adidas are downright lurid. They’re available in many colors, each with a different colored piping that explicitly outlines the crotch. Although the Adidas fit as expected, the exterior piping is also inside the boxers and it chafes against the skin.

Hanes is a familiar brand name for underwear, and we applaud the company’s attempt to manufacture 100% cotton boxer briefs for active men. Marketed as having “FreshIQ odor protection,” the ribbed cotton absorbs moisture, but it certainly isn’t moisture-wicking as Hanes claims. An exception to the five-pair pack is the gray-heather color, which is a cotton-polyester blend. It’s still not moisture-wicking, but it will be less likely to shrink after multiple washings.

The Hanes boxer briefs are comfortable and very breathable, but they’re loose-fitting around the thighs and baggy around the butt. If you don’t care about form-fitting underwear, then the Hanes are certainly well-priced. A word of warning though if you’re buying them from Amazon:  The photos are not accurate depictions. You can select size but not color, so you don’t know what color combination you will actually receive.