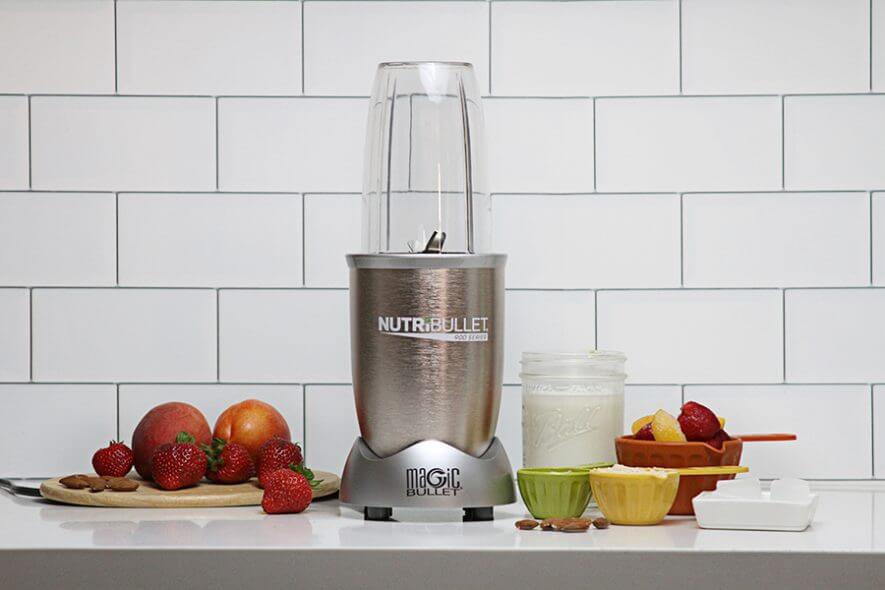 NutriBullet Pro Review: Does it Perform? 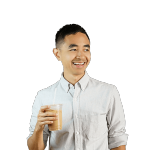 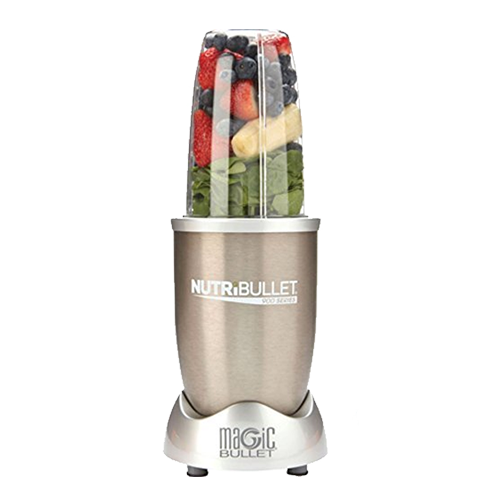 The marketing campaign of the NutriBullet claims that it can revolutionize your health. We’re not quite as certain about that, but if you look at the NutriBullet only as a personal blender, it’s amazing. And due to that, said amazement may drive you to make smoothies more… which may directly impact your health. So, there may be something to it… but it’s on you to get there.

Unlike other reviews, we not only took a look at the NutriBullet Pro 900 Series in isolation, but also
compared it to the other high-rated blenders in order to decide it’s the best choice for most smoothie aficionados.

The NutriBullet as a standalone

Before jumping into how the NutriBullet compares, let’s first just talk about the NutriBullet inside and out. Before coming across the product, I had been using Hamilton Beach’s cheaper personal blender for 18 months plus. It did the job, but pretty much that only. Upon opening and using the NutriBullet for the first time, I realized what I had been missing.

First, the helpful recipes and how-to guide NutriBullet includes immediately sparked me to order healthy accompaniments to my previously boring fruit-and-protein only mixes of the past 18 months. Without doing anything, I was inspired by the NutriBullet to make nutrient balanced smoothies that not only tasted better, but were better for me, too.

Next, after using the NutriBullet for the first time, I realized the next step of enjoyment — blending. The NutriBullet’s 1.2 horsepower motor tore through the ice, frozen fruit, and protein powder I included, delivering a delicious smoothie in record time.

Once you’re done blending, the 32 ounce top is easily removable, allowing you to enjoy the bullet on the go. And when you’re done, cleaning is a cinch, too, as the blender cup and motor are separate… unlike many other blenders.

At just under $100, it’s a high priced blender. But it delivers similar quality to blenders two and three times its cost, such as the Vitamix S30, which we tested it against. And after pairing it against options in the $30 range, we realized it’s worth the price jump.

The NutriBullet Pro 900 vs. other blenders 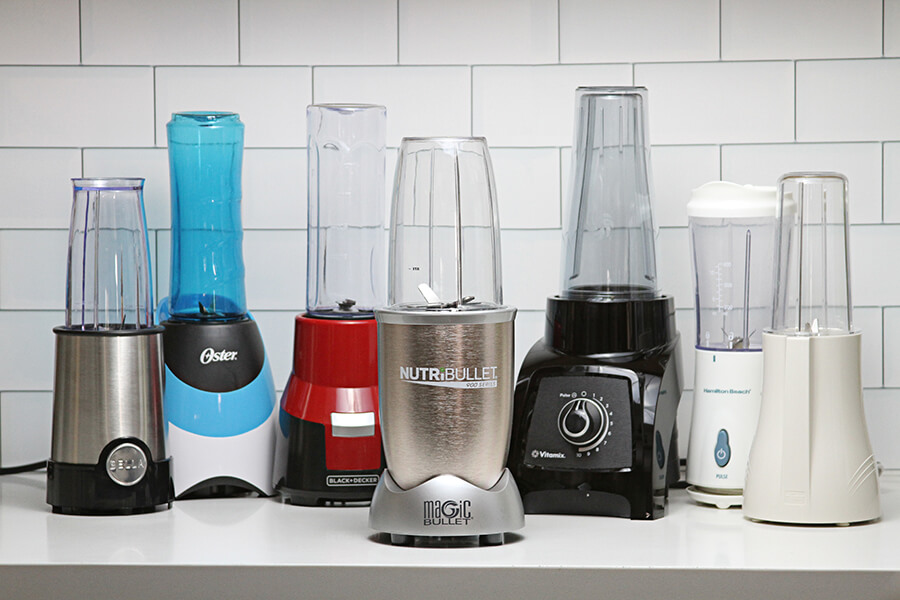 We tested the NutriBullet Pro 900 against six other products over 40+ hours in our test of the best single-serve blenders. In doing so, it won on almost every metric tested.

We blended an identical list of ingredients on each blender: four ice cubes, one cup mixed frozen fruit, ¼ cup oats, ⅓ cup protein powder, seven almonds, and 1 ½ cup almond milk, and then tested the time to even blend. 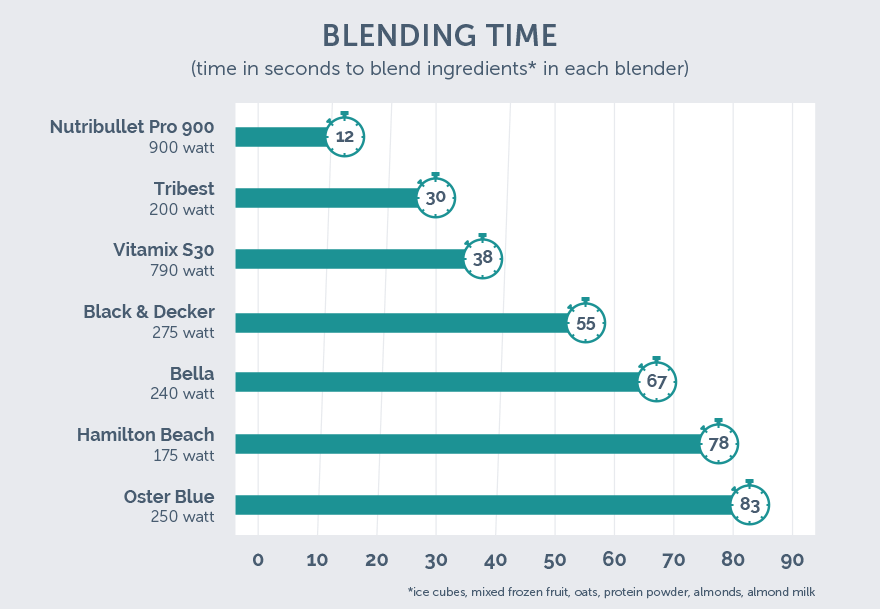 The NutriBullet beat the group average by almost 50 seconds and the next best competitor by 18. There’s no doubt, the 900-watt NutriBullet motor gives it a significant edge in terms of processing power.

After that, we compared blenders across several important attributes. Ease of cleaning, cup size (if you wa a lunch, not just a snack), opening circumference (to make it easy to make shakes and not spill over your counter), and noise.

The NutriBullet won or broke even on pretty much all of them, showing it as a leader amongst the group as a blending option. Click the image below to see it full size.

If there are any faults to the NutriBullet, the warranty is one that comes up. Ideally, it would have longer than a 12 month warranty, and its expensive counterpart, the Vitamix S30, features a five-year guarantee.

The NutriBullet has occasionally received some negative reviews about breaking down, but after testing similar models (that also broke down), it doesn’t seem out of line with the industry standard.

Also, as a blender, it has great efficiency as a personal or single-serve option. However, if you’re looking for a blender that blends smoothies for your entire family, you might find the 32 ounce max lacking.

It also comes with a 24 ounce top as a supplement, but it doesn’t come with a big mixer you can pour out to everyone in your family of five. The Vitamix S30 is a better option in that case, offering a 40-ounce blender for bigger meals.

Why would you go with something else? 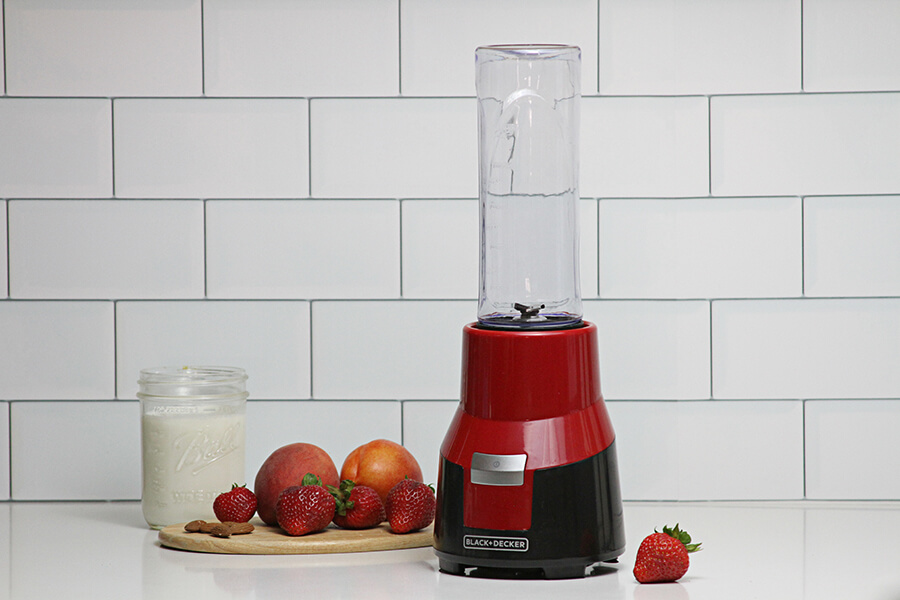 There are several great models in the sub-$30 price point, such as the Black+Decker, our pick for the best model in that range. The Black+Decker has a 275 watt motor and is definitely effective for efficient blending… so if you’re on the fence or unable to spend almost $100 on a blender, that’s a great pick.

The main difference between the Black+Decker and the NutriBullet is the pure power of the bullet, and also subtle improvements in cleaning ability and cup size. The Black+Decker also has a two year warranty despite a much lower price point.

And as mentioned previously, you might have a large family and want more blending room out of your blender. Or you might want more features — the S30, for example, offers blending speeds and a pulse option the NutriBullet does not. You’ll most certainly need to pay more to get there, though. 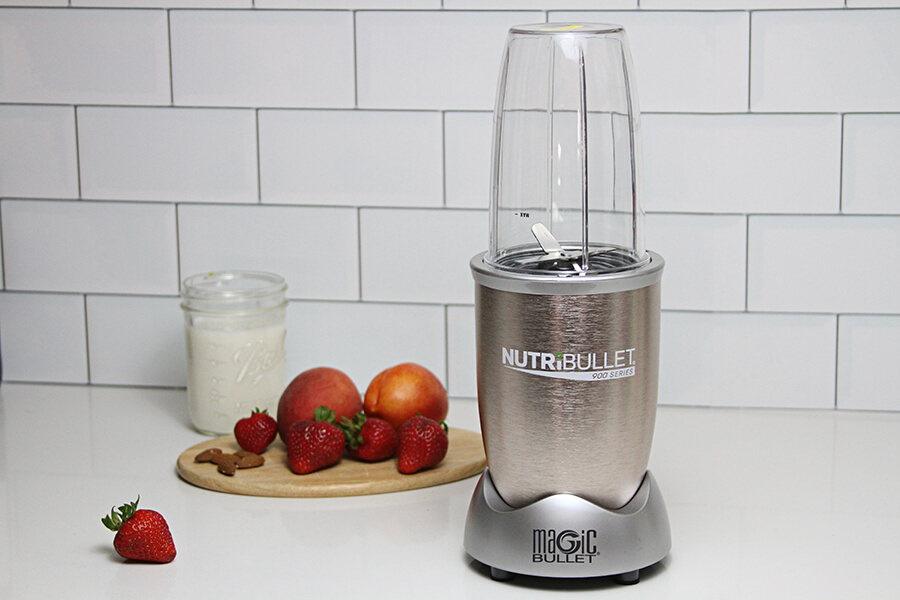 If you’re looking for a personal blender and have a couple bucks to spend, the NutriBullet Pro is a worthy investment. You’ll make more smoothies in less time, get inspired to make better ones, and overall, probably come away as a slightly healthier person.

If the budget’s tight and you’re confident in your own self-motivation, the Black+Decker Fusion Blade is an awesome pick, too. And if your family demands non-stop smoothies, consider the Vitamix S30 for maximum versatility and reliability. 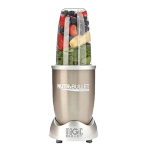 With outstanding power and a host of other great attributes, the Nutribullet Pro 900 is great value for the cost.