Home Burglary Statistics in 2021 — Is Your Home Safe?

Are you susceptible to a home burglary?

Good news: burglary rates are dropping in the U.S. But, that doesn’t mean you should neglect the potential for a burglary in your neighborhood.

We took a deep dive into the facts involving burglaries in the U.S. to understand more behind the mind of the burglar, and to spread awareness about how homes are robbed and what you can do to best protect yours.

Get the big picture on burglaries through the round up of the most shocking current burglary statistics below.

88% of all burglaries are in residential areas

In about 28% of burglaries, a household member was present during the burglary.

One burglary happens every 22.6 seconds in the U.S.

The average property dollar loss per burglary offense is $2,251.

About 75% of burglars revealed that the bedroom was the first place they’d look for things to steal.

What time of day do most burglaries occur?

Although it may seem like more burglaries would occur when it’s dark at night, in fact, the opposite is found to be true. Burglaries are more common to take place in the daytime.

How many break ins happen daily?

The U.S. Department of Justice released a criminal victimization report in 2017, which found that more than 2.5 million burglaries took place in 2017. That means that nearly 7,000 burglaries occur in the U.S. every day.

Do burglars return to the same house?

People who have been victimized by burglaries often wonder, could the culprit return? Although victims often take precautions against future burglaries if it’s happened to them before, it’s common for burglars to return to the home. In fact, according to Reolink, as many as one out of every three house burglary victims is a repeat victim.

The common rationale behind a return burglar is that they’re familiar with the layout of the home, may know where you keep other valuable items that they want to take, and know when you’re likely to be away from the home.

Is my area improving in the fight against burglaries?

According to a 2018 preliminary report released by the FBI, burglary in the U.S. has decreased by 12.7% since 2017, but some region’s rates are dropping more rapidly than others. In fact, the Midwest is dropping the most rapidly at 15.6% less burglaries year over year.

How can you protect yourself from burglary?

Whether you’re going on vacation or want a better way to protect yourself from burglary, use these tips to safeguard yourself, your home and your belongings.

Should you invest in a home security system?

If you’re worried about a potential burglary, a home security system is a worthwhile investment for a number of reasons:

Deters criminals:
The presence of a home security system alone will discourage burglars from breaking into your home. Keep at least one camera visual so burglars know that they are at risk of being recorded.

Sounds can cause a scare:
Even if your home is victimized by a break in, the sound of your security system could scare away the culprit before they have an opportunity to find and steal any valuables.

Valuable video footage:
Say an intruder does burglarize your home — you’ll have footage to share with local authorities to help find the culprit.

To justify the cost of a home security system, consider the monetary value of items in your home. Would it be devastating to replace some items?

A security system not only gives you the peace of mind while you’re away, but also lessons the chance of a burglary.

What to do if your home was burglarized?

It might be unexpected to become a victim of burglary, but it’s important that you take action right away to increase your chances of recovering your items and finding the burglar.

Now that you know more about burglary statistics in the U.S. and the precautions you can take to avoid becoming part of them, make sure to protect your home against future burglaries. 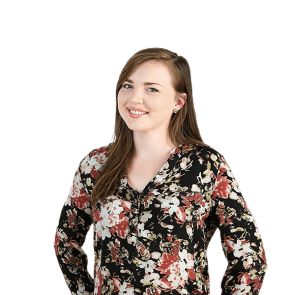 Sarah supports Your Best Digs with content development and PR efforts. She's passionate about evaluating everyday home products to help consumers save time and money. When she's not putting a product's promise to the test, you'll find her hiking a local trail or collecting new stamps in her passport.